IQP or not IQP

That is today's question. 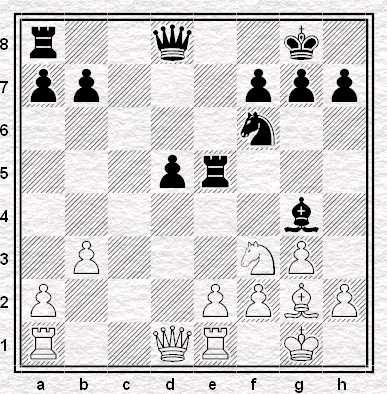 What do you think of this position?

S&BCC blog readers with elephantine memories - RDK scores one out of two there it seems - may recall we published this diagram early last year as part of a post on my most memorable game from the 2006/07 season. But how would you assess it? Opinion seems divided. My initial feeling was that White is slightly better but when I showed T.C. he liked Black's chances.

Positions that feature isolated queen's pawns crop up quite frequently in my games, occasionally when I'm Black but usually when, as here, I have the White pieces. Regardless of the objective merits of such positions I have always favoured playing against IQPs. Tom may like active pieces but my preference is the, perhaps duller, option of grinding away against the static pawn weakness.

Until recently I'd tried quite hard to avoid acquiring IQPs myself. Activity is all very well but one or two misplayed moves and it can evaporate. In contrast a weak pawn is likely to remain weak whatever else happens. Such was my thinking anyway.

A couple of months ago, though, I flicked through My System and found that on the first page of "THE ISOLATED QUEEN'S PAWN AND HIS DESCENDANTS" Nimzowitch writes, 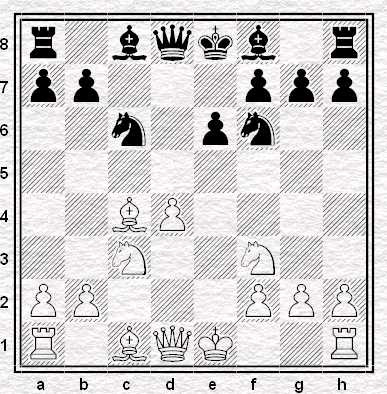 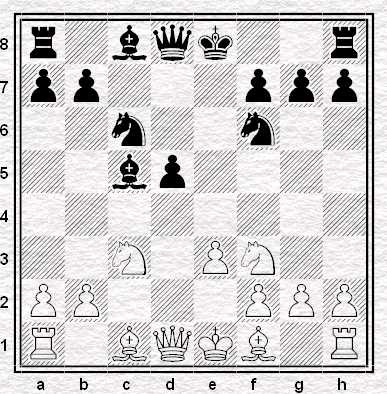 It will do him good to realise in his own person how dangerous an enemy isolani may be, and how difficult it is to save his own from an untimely end.*

Leaving aside the specific variations advocated - I have no intention of trying either - I was struck by Nimzo's suggestion that it would be beneficial to play on both sides of IQP positions. It occurred to me that it would only take a few minor tweaks to my opening repertoire and I could be easily be playing with the IQP rather than against it. 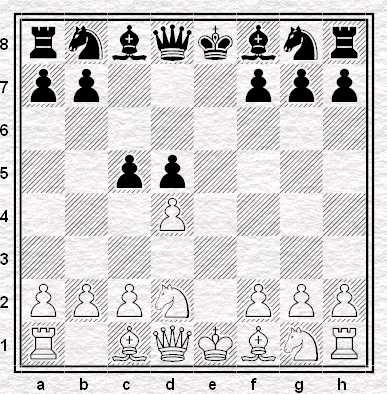 and since I'm looking for a new defence against queen's pawn openings anyway perhaps the other Tarrasch variation would serve just as well as anything else. 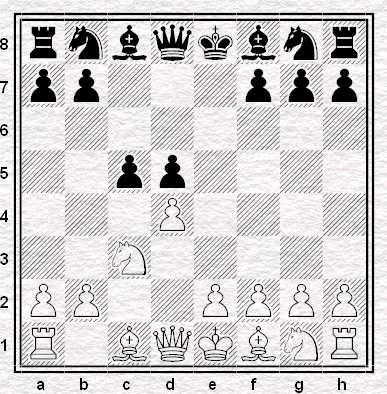 As White I could easily transpose into IQP positions in the Queen's Gambit Accepted and perhaps after 1. Nf3 c5 I could even play 2. e4 and 3. c3 heading for the IQP set-ups that often result from c3 Sicilians.

If I had unlimited study time and played maybe two or three times my current 30-40 rated games each year Nimzo's advice makes perfect sense. But for the average club or tournament player? I'm not so sure.

In an ideal world broad education is obviously to be preferred but maybe specialisation is the more practical choice for those of us who live in what passes for reality just now.

So I'm left once more on the horns of a dilemma. IQP or not IQP. Or perhaps that should be IQP and not IQP?

* Quoted from Batsford's 1987 reprint. I have translated the old descriptive notation into algebraic and added diagrams to clarify the positions under discussion.
Posted by Jonathan B at 8:40 am

I'm never liked IQP positions much - although I come across them very occsaionally, on the White side of the QGA for instance, I don't play them with any great confidence. This tends to lead me to avoid them.

Now I'm well aware that it's not good practice to try and cut out all the bits of chess you don't like - it just cuts down your options. And if I played a lot more chess than I do, I'd be tempted by the proposition that the only way to learn 'em was to do 'em.

As it is, though, I'm in my forties and I am lucky if I play forty genuinely competive games a year. In which position, I don't think using them as a training exercise is a good idea: I've just got to accept that there are certain sorts of positions that I play worse than others and if I get into them, just do my best.

Yes I think so.

I'm struggling to see why they aren't just horrible to defend.

I'm tempted to stick to what I know.

You tend not to lose games for strategical reasons, so I wouldn't worry about the IQP either way particularly.

I'm struggling to see why they aren't just horrible to defend

Well the answer is that Black needs to generate a certain amount of play in these positions: dark-squared bishop. maybe knight to e4, rook on e-file, that sort of thing. If Black plays passively it's just slow death. It's not quite the same sort of counter-attack as the Leningrad Dutch, say, or the Sveshnikov, but it's not the Breyer Variation either.

Are you saying, btw, that you avoid both sides of IQP positions or just the ones when you have them?

Personally I avoid IQP, I haven't got the ability yet to play the position well enough to not lose by default.
I suppose another option would be to use Rybka as an opponent? Maybe this is alomst the best of both worlds.

Are you saying, btw, that you avoid both sides of IQP positions or just the ones when you have them?

I'm happier playing against one than with one, but then again I'm a basically a structure man rather than an initiative man.

Both with and against used to unnerve me until I read Baburin's Winning Pawn Structures. Now I am delighted to play either side.

To say that "you can't play these positions" (from one side) is just being negative. You're hardly talking about Grandmaster level! All you need is a few basic principles setting out the advantages each side gets from the IQP and what they are trying to achieve and play accordingly.

Personally i don't think anybody can be truly "comfortable" on one side of a type of position, without having some idea about how to play the reverse.

The positions to steer clear of are the ones where you don't have a clue from either side!

"All you need is a few basic principles setting out the advantages each side gets from the IQP and what they are trying to achieve and play accordingly."

So you would think Richard but that didn't seem to work for me with my email games. Perhaps I need to get a bit more experience with IQPs to counter the bias of many years playing against them. Perhaps I just don't like that particular variation and other forms of IQP position would be more comfortable for me?

DAVID:
Thanks for the tip re: Baburin's book. I may well investigate that as a potential purchase.