It's been a couple of months so it's high time we had another post on the world's finest chess opening the French Exchange.

In the comments box to the original post in this series Angus said,

"I take it you'll be showing some interesting lines for Black (and not White)."

and thus far that's pretty much how it's worked out. I always meant to get around to looking at the variation from White's point of view but never quite managed it. It's only been a year after all. Give me a chance!

Yesterday, EJH pointed me in the direction of Nigel Short's game against Anand's second Peter Heine Nielsen from the second round of the Dresden Olympiad. True the game started off as a Petroff but when White eschewed the traditional 5. d4 in favour of nudging the knight back to f6 it transposed to a position often reached after 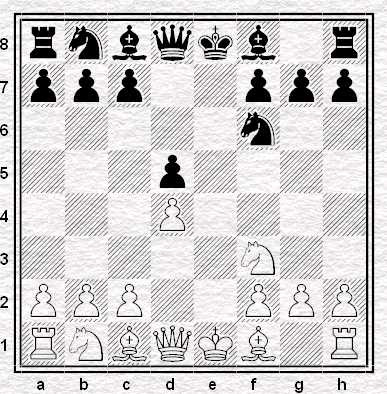 Aside from getting both sides one move nearer to the time control I believe this move order shuffle must be more in White's interests than Black's. 4. Nf3 seems to be White's most promising move after swapping pawns but I'm not at all sure Black really wants his knight on f6 in response. It must be playable of course but with 5. d3 in the Petroff White, at the very least, avoids several promising alternatives available to Black with the traditional French move order.

What of the game itself? Well Nielsen (Heine Nielsen? I'm never sure how many names count as his surname) blundered at the end of course but his position was very difficult in any event - so says Fritz anyway.

It may not be the most thrilling game of chess ever played but my point is if a 2600+ GM can lose with it does the opening really deserve the drawish reputation it seems to have at club level? I think not.

Also see "Plantagenet Somerset Fry", although obviously in that instance the main issue is the silliness of the name rather than how much to render as the surname. Which is, as it goes, a real problem for library cataloguers.