Once upon a time the T.V. was in black and white, and the Light Programme, on the wireless, played Educating Archie, Hancock's Half Hour, and Round The Horne. In that nigh on lost world of blue remembered Hills (Benny was one - best forgotten) one could relish the bitter sweet of Two Way Family Favourites, the mystery of BFPO, and the wonder of Hattie Jacques; oh, Hattie, Hattie Jacques. 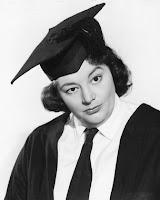 These flickering reminiscences of diverted childhood innocence recently sprang to mind one Saturday afternoon in the nouveau riche opulence of Polesdon Lacey, a National Trust property in Surrey, once owned and glamed up by a certain Mrs. Ronald Greville, Edwardian "society hostess", daughter (in unorthodox circumstances) and heiress of brewing magnate William McEwan. Not that dodgy parentage deterred Royalty from accepting her invitations to party. After all, illegitimacy runs in The Family, don't y'know.

There, in a dimly lit corridor haunted by the shades of scurrying servants, ladies-in-waiting and ladies-who-could-wait-no-more, I felt the force: ITMA. It's That Man Again. That Cornelis de Man. You must remember him, the Dutchman, from ejh's Chess in Art IX; he who painted de geezer losing to de lady at chess. This one: 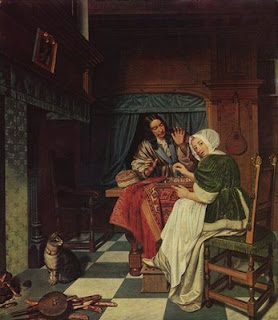 It seemed just possible that C.de M. had repeated himself. And what gave him away? How was it possible to ID the artist in lighting so feeble that servants not seeing might cannon into ladies not waiting? And the picture's label so murky? A certain lady spoke to me, that's how:

De Man had been at it again, this time with cards, because it's that woman again, in reverse. She had somehow found her way to Polesdon, not twenty miles from Streatham, practically on our doorstep.

Apologies, though, for the quality of the pic. The NT will only let you download for free the lo res image above, or a water-marked version, below. If you want a decent job you will have to pay bucks, big bucks, even if you are a casual not for profit blogger, burdened by a harmless obsession with Chess-in-Art, on a sometime award winning chess, yes chess, blog site. Sucks, big sucks. Not amused. 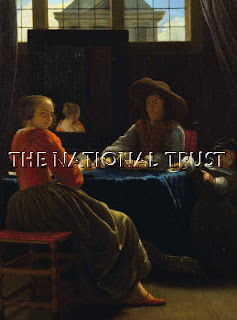 The Game of Cards, with subtle NT water mark.

So, it's that look again: the one over the shoulder. She is going to trump her partner, and is a trifle disapproving of us peeping at her cards (she caught us in the mirror). She'd be even more miffed if she realised that the artist, with the same device, has given us a cheeky peek at her décolletage. Rather Benny Hill. What a Carry On.

Unlike the chess picture there is no feline presence to encourage us to observe the action.

Instead, a table-high boy to the right points to the game, and thus throwing down a gauntlet to the cat lovers of Amsterdam (and beyond), de Man proposed that a child was capable of doing with one small finger what otherwise would take the whole of an entire moggie. He was a brave, or foolhardy, chap, who would have attracted the indignation of many, including perhaps that understated giant of the chess board, seeker after harmony, and admirer of cats, Vasily Smyslov (24.iii.1921 - 26.iii.2010), to whom this blogger adds his tribute.

With The Game of Cards Cornelis seems to want to stake his claim to recognition, what with that mirror effect and the glimpse through the window above, and much else besides. He says he can Verymeerly do what Johannes can do, and Pieter de Hooch and all those other Dutch genre guys as well: he can play with light and reflections, set off interior against exterior, and move red around the field like de Man United. He can create a discreet domestic drama from a turn of the head, just like the rest of them. The man has a case, and a sly sense of humour. Either that or I'm a Dutchman.

Chess-blessed National Trusters, and the general public, can see some actual Chess-in-Art works at other NT properties, as follows: 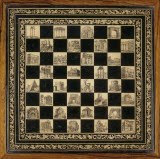 Excellent! Thanks Gareth. That makes things much clearer.