Readers may remember this post in which, with a lot of outside help, were able to track down the correct score of an errant game, Patterson-Gheorghiu, from the 1970 Siegen Olympiad.

Alas, it is not the only game missing from that tournament. Not long ago I glanced at the What Is Missing section of the estimable OlimpBase site, and under Siegen 1970 it states:

The first of these took me aback. While England were far from a force in world chess back in 1970, Yugoslavia were (indeed, they finished third) and Gligoric was still one of the leading players in the world, having competed in the most recent Candidates' cycle. He had also beaten Petrosian with the Black pieces a few months before the Olympiad. 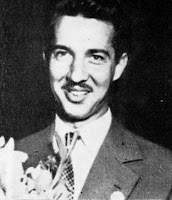 One would have expected his games to have been among the most important to the bulletin and its readers. Moreover Penrose was not entirely an unknown in Olympiads. But the game - which must at very least have been of interest to potential top-board rivals of either player - is not in the bulletin and is, apaprently, nowhere to be found.

What makes this absence even more mysterious is that a book on the Olympiad was written by Raymond Keene and David Levy: and the first of these was naturally seated next to Gligoric-Penrose while that game was being played. But unfortunately Ray has no memory of the game:

are you sure gligoric and penrose played each other at siegen? if they did gligoric wd have been white and it wd have been a draw

at the moment i dont recall the game at all!

Understandably, forty years on. But what baffles me is that the absence of the game from the bulletin produced at the time. You would have thought somebody would have asked after it - and even if no scoresheet could be found, its absence would have explained, or remarked upon, somewhere. But it's not mentioned in the Keene/Levy book. 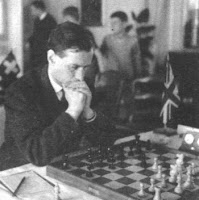 Baffling. Was the game really so unimportant? Even if it were a short draw, that in itself would have been interesting, given that the world-class Gligoric had the White pieces in what turned out to be a tight match (and even then, the opening might have been of interest). But I don't know whether it was drawn in nine moves or in ninety.

One assumes that forty years later is too late to recover the gamescore, though we can always hope. But can any reader shed any light, from contemporary reports or even memory, as to why the gamescore should have eluded the bulletin, and why its absence should have escaped comment? What happened on the top board in Qualifying Group 2 in the second round, and why, apparently, did nobody care?


(Thanks to Paul Timson, Martin Smith, John Saunders and Wojciech Bartelski for assistance with this post.)