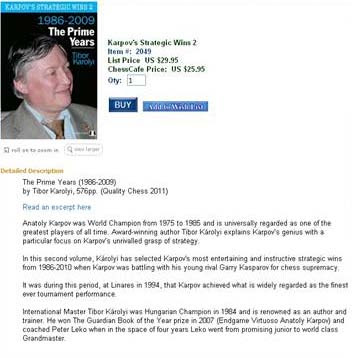 Read the blurb (which I assume is from the publisher) and then, using your skill and judgement, answer the following questions.

1. Relating to the following passage:


In this second volume, Károlyi has selected Karpov's most entertaining and instructive strategic wins from 1986-2010 when Karpov was battling with his young rival Garry Kasparov for chess supremacy

3. Can "prime" properly be used as a synonym for "declining"?

4. Is it your opinion that "prime" is being used ironically? Discuss with reference to the photograph on the front cover. 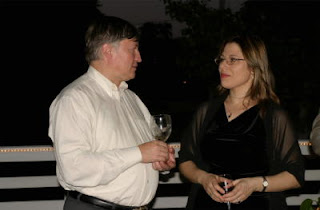 How about Karpov's victory at Linares 1994.

IMHO the greatest tournament vctory of all time.