I saw this movie at an exhibition in London a few years ago, The Art of Chess: now, as Chessbase report, you can watch it yourself on Google. It's known among chessplayers for its chess content, notably Capablanca's appearance in which (not out of character) he's depicted picking up the hero's girlfriend. 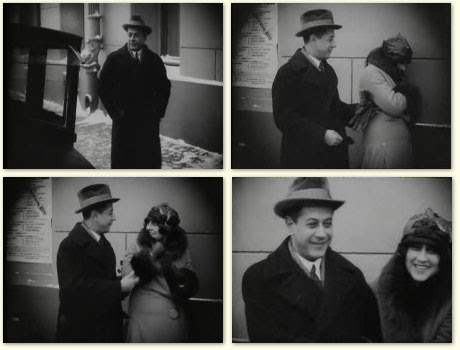 It's not just a curiosity though: it's actually a good, funny movie. You can watch it here.

Especially the lunacy of the facial features, in the scene that starts at 13:32.

The first scene looked authentic apart from the fact that the players seemed to be muttering and joking with each other.
The rest verged on slapstick.
Compulsive viewing certainly!
I thought the kids stole the show...