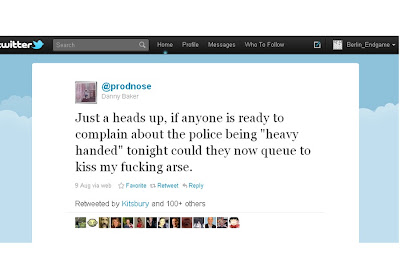 Tuesday 9th August: Danny Baker tweets it like it is

What were you doing last Friday around 5pm? As this was back when it was possible to venture out of doors in the late afternoon/early evening without having to calculate the chances of being looted, set ablaze or generally pillaged I suppose there are any number of things you might have been up to. What I was doing, let me tell you, was packing my cozzie and a towel into a bag and thinking, "I'll just watch the end of the last round then I'll head down to the pool." As it turned out, though, I never made it for my swim. Five hours on I was still glued to my computer, totally captivated by a game of chess that seemed like it might never end.

It was a remarkable evening. Of the top four boards Wells-Hawkins was the first to finish ...


... these last two finishing within five minutes of each other around about a quarter past seven. Jones - Pert, though, that went on and on and on before, after 144 moves and very nearly eight hours at the board, they finally called it quits.


It was a truly epic evening of chess. There might not have been a single decisive result on the top four boards, but nevertheless the last round was entirely in keeping with the fighting chess that we saw, with rare exceptions, throughout the tournament.

Needless to say, Sheffield's last round would have been enthralling in any circumstances, but it was made all the sweeter by the fact that the latest issue of CHESS features the Rustam Kasmidzhanov 'open letter' and three pages of utter cobblers from John Foley on the subject draws. They are dull, they are bad for chess and they should be eliminated from the game to the greatest extent possible, apparently. Not just short 'grandmaster' or 'struggle free' draws, mind. All draws. 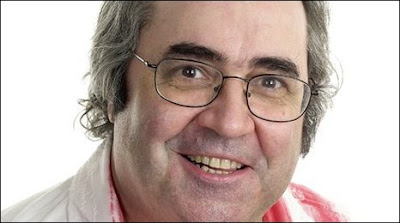 We've seen a lot since last Friday. OK, it hasn't quite been attack ships on fire off the shoulder of Orion, but neither has the torching of furniture stores in Croydon and party shops in Clapham been much of a joke.

LIF.EG.O.ES.ON, though, and we mustn't let what was important to us before the unrest began be completely replaced in our minds by images of destruction and violence. It is for precisely that reason that while I am busy joining the line of people for Danny Baker, I will also make time to contact editorATchess.co.uk to ask if John Foley and Rustam Kasmidzhanov could join the queue for me.

Pert should have played 24....Qh8!! for aestheticlal reasons.

At time of writing, btw, the pgns for round 11 have not been uploaded to the Championship website. It seems that they've been entered into the database but the ECF have forgotten to let anybody else get hold of them.

Not ideal, but I suppose there were a few things going on as Sheffield came to an end. Still, it's Thursday now. If anybody at the ECF reads this, have a look.


(I got the pgns for the top four boards from chessgames.com, btw)

FIDE are getting in on the act as well. Their Commission for Modernisation of Chess is advocating the abolition of draws except by repetition, 50 moves, stalemate or inadequate mating material. So in the Jones-Pert game, they would have to continue to queen v queen unless they contrived an artificial repetition.

Re: FIDE Modernisation Of Chess. I wonder how arbiters will be expected to police that rule? They'd have to wade through all draws in their section(s). Then what if players agree a draw "illegally"? Score nil-nil?

One typo in the article: "Admas-Zhou".

That FIDE law will be a piece of cake to implement compared to some of John Foley's ideas. Anybody care to draft guidance for his suggestion that draw offers "from a player who is behind in the game" be banned?

That's one measure of how piss poor the article in chess is, as it goes. It actually makes the FIDE stuff look relatively sane.

That said I'm not overly against making draw offers illegal. It won't end draws or pre-arranged draws, of course, but it should improve things a bit.

Anyhoo, what I'm really up in arms against is the idea that draws are inherently dull and a bad thing. More obvious cock one couldn't hope to read.

The world's most popular sport seems to get by OK without abolishing draws (except by necessity in cup competitions) and attempts by Americans to do so are widely ridiculed, so not sure what Kasimdhanov's been smoking.

When I have time I'm going to defollow Danny Baker, who among his various other Tweets last week openly wished cancer on rioters. That's a couple of steps beyond what I think is a civilised reaction.

Many moons ago Danny Baker earned himself the wrath of some sections of the Southampton home crowd when he described Matt le Tisser on air as a "lazy bastard". This got people quite cross for some reason. Not sure why given it was self evidently true.

I put him in the Nigel Short category. Is often entertaining and will occasionally go too far. I'd rather listen to/read somebody who does both of those things than neither.