[Author's note: It seems a little odd to be writing about chess this morning. After the tumultuous events of recent days - the riots I mean, not CJ's t-shirt - it seems a tad trivial, but, as you know, that's how we roll.

As it happens, I was playing chess last night and until about 11:30 I was completely oblivious to how it was all kicking off just down the road. Can't helping feeling that if there was a little more knight to king bishop three and little less global economic meltdown/burning of stores that sell sports footwear we'd all be much happier. Anyhoo, chess blogging resumes ...] 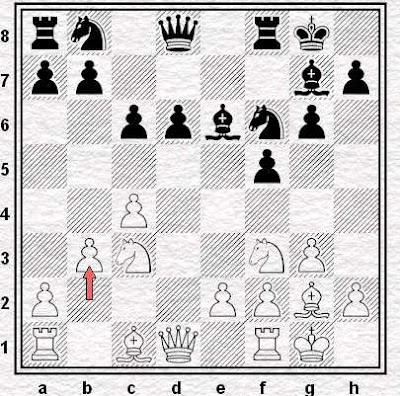 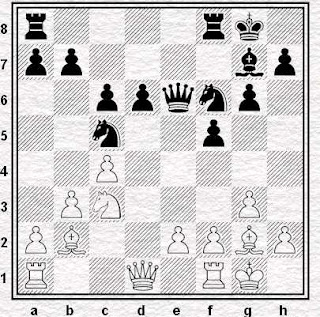 that is very close to one once reached by Keene and Botterill at the British Championships nearly forty years ago. Actually, the only difference between the two is that Raymondo hadn't played Nxe6 although according to Tim Harding's book The Leningrad Dutch (Batsford, 1976), exchanging knight for bishop was RDK's own suggested improvement on that old game.

This is all very well, but why answer 10 b3 with ... Na6 as Rendle and Botterill did? Why not play the obvious - obvious to this middling club chesser anyway - 10 ... Ne4? Black's just winning a piece isn't he? 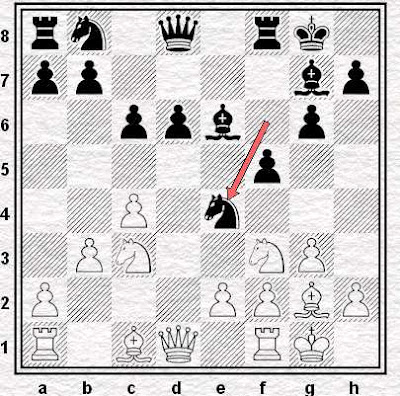 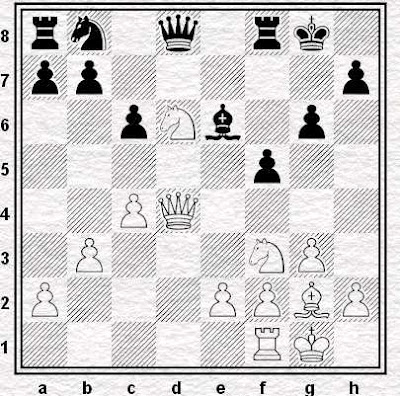 What does White have for the rook? Knight and pawn and a lead in development for a start. I would also have mentioned Black's restricted light-squared bishop, but perhaps that's not the most significant factor because in the game given by Harding (Bukhman-Blekhstin, Leningrad - appropriately enough - 1968) White's next move was e2-e4 opening things up somewhat.

Most of all, I suppose, White has the weak dark squares around Black's king to aim for. This isn't quite the same as the otherwise similar Shirov - Bareev, though, because White still had a bishop on the long a1-h8 diagonal in that game. I found it hard enough to judge whether White had sufficient compensation with Shirov's position, but I find it even harder in this case.

Does White really have enough? I guess he must do. Harding quotes Taimanov saying that White's "initiative outweighs his small material deficit" and the fact is that when RDK switched from 10 b3 to 10 Qd3 (Ray Could Play VI, for example) it was not because his opponents were taking the rook, but because they weren't. Even Harding considers Rendle's 10 ... Na6 to be the 'safest' move. I suppose if Black players are avoiding a line that's a pretty good sign that it should be good for White. 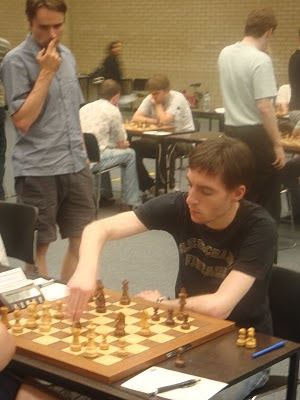 I was curious what Tom Rendle thought about all this so I emailed him to ask whether he'd given any thought 10 ... Ne4 and 11 ... Bxa1. He replied simply, "It's known to be an inferior (or at least very risky) line." Fair enough. He is a bit of a Leningrad expert after all. For the rest of us, though, I think it's worth a ponder.

That's exchange sacrifices for you. Even when they don't happen - especially then, perhaps - they can be pretty interesting.

If I was playing White against the Leningrad and somebody offered me the g7 bishop and a pawn for the a1 rook, I think I'd take it first and ask questions about the compensation afterwards.

Did I just use "store" instead of "shop"? Lawks-a-blinking-lordy.