Don't know if you've noticed before, but our banner says,

Updated every Monday, Wednesday, Friday and Saturday ... and maybe other days too.

Obviously, then, a post is due. The trouble is, what was going to be today's offering went out just after six last night. It's worth a look, if you haven't already seen it. Well, it is if you're interested in the ECF's response to the jiggabubble that was created by Ray Keene's surprise appearance at the British Championship opening ceremony anyway.

If you're oblivious to the whole CJ/RDK/Sheffield business you will either want to keep it that way (probably wise) or read When will they ever learn?; CJ, the ECF and Constable Savage and The man who would be mentioned before you get to The Mysterious Appearance of Ray. The choice is yours. A blue or red pill moment, I guess. 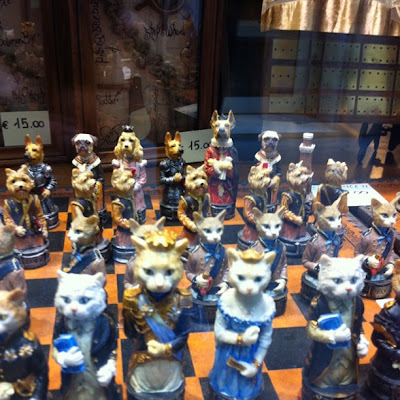