Double White to play and win

One very easy and one very difficult “White to play and win” problem, both from the same game.
We all kick ourselves when we miss forced wins in games we drew or lost. However, rather than this happening to me, it happened to my opponent, after I had put in an unconvincing performance against Atheneum.
As Black in the position below, I'd played 35. … Qe5-e3 hitting the rook on d2, and if 36. Bf6 then 36. … Qxf4+. 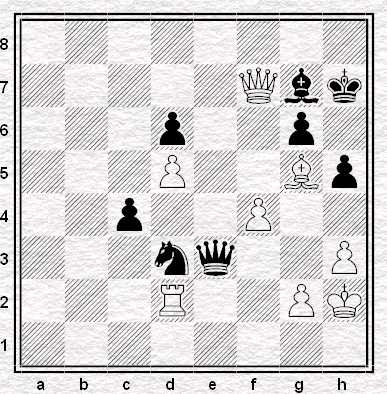 But how could White have won straight away? 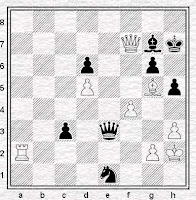 My opponent, with only a couple of minutes to make the final move before the time control, missed this opportunity, and instead there followed 36. Rc2 Ne1 37. Ra2 c3.

Now White has another, far more difficult, forced win. Can you find that one? The second move is the hardest.

The first one isn't too testing, but - the second I am a bit confused by !

I don't know if you discussed it after the game but my guess would be that White had planned 36.Bf6 and then noticed the queen check. Possibly he then tried to see if 36.f5 or something worked, i.e. a variant on the original idea, and then couldn't see the correct idea because it involves different squares and pieces.

It can be very hard, when you've had one "winning" idea in mind, to see another, completely different one!

What happens after Qe6 in the second diagram?

Justin - yes, I suspect some mixture of problems with 'pattern recognition' and 'expectation' is affecting white here . . .

I think you are right Justin that White got stuck on Bf6 and then as an alternative only noticed f5. Obviously I missed the winning move too or would not have played Qe3!!

That's hard enough to find even when prompted that there is a forced win there!
You did well to mix it up and save that game to secure a promising match situation.