Winning and Losing with Chess on the Web 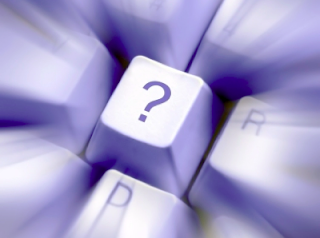 Some interesting stuff to mull over.

The Kenilworthian quote approvingly Canadian paper The National Post's report that chess is "no longer just for nerds" (was it ever?) largely due to the "gain in popularity thanks to the internet." Yet, Patrick's dissenting voice quickly booed back at this fanfare, with the following in the comments over there: "Instead of an erudite 'mental realm', i consider the internet to be a cesspool for all things carnal and vulgar, and a place where anonymity replaces accountability." Carnal? And I thought I was just wittering away to myself about the London chess scene, our club, and any other bit or bob that caught my eye . . .

On the other hand, it's clear something like Patrick's worries are shared by others. Chess blogger The Closet Grandmaster has been regularly reporting on the case of Matthew Sweeney, for instance. Sweeney is an Australian coach and player, who has been banned from playing over the board in his country for 18 months. Why? Because he swore at a New South Wales Chess Association official in an on-line internet chess forum. The crackdown continues - albeit less dramatically - as posts on the forum quoting Sweeney are now edited out by NSWCA officials. Can you imagine if the English Chess Federation (ECF) applied a similar policy to their regular critic and profanity-connoisseur Nigel Short? He'd be banned from England for life. Although, one of his usual complaints is there's no good tournaments over here for GMs to play in, anyhow. So maybe it wouldn't matter.

Personally, I think that whatever hopes and whatever fears the interweb inspires over all, it is still the ideal medium for chess - much better than TV - and that it crosses over with real life for the most part in good ways. After all, I found out about Streatham & Brixton Chess Club through an on-line encounter with our man in Spain, Justin Horton.

Or would my team mates count that as a bad way?!
Posted by Tom Chivers at 2:58 pm

Personaly I find the internet an extremely unsatisfactory medium for playing real chess. Though it is an ideal medium for reading my blog.

On the subject of which - I read recently Shak Mamedyarov in NiC 2006/8 said Spain (along with Holland) was the best country in the world for chess. I thought of your recent post about that tournament & its organisation . . .

Hmmm, yes. I shall say more on the subject of Spanish chess and its organisation before very long. Thing is, from the point of view of professionals, there's a lot of professional chess, and that's basically what they're interested in.

By professional, you mean top-tier stuff? I imagine you could play in FIDE-rated Opens and the like, or is that neglected too?!

Oh, far from it. That's mostly what there is. But it means a week off work - unless playing chess is your work.

If I'd known there were no weekend congresses here, I probably wouldn't have emigrated.

Are all games in Spain FIDE rated, or totally unrated?

To be FIDE rated a game must at least have a 4-hour time-limit.

So if the answer to my question is 'yes', then 'weekend' congresses would probably at the least have to be 3 days long to be feasible, I would think.

Any week long ones coming up?!