Game Seven of the Anand-Kramnik match - Vlad's second Black in a row the poor bugger - saw the Russian ditching the Nimzo-Indian and turning instead to the Slav. 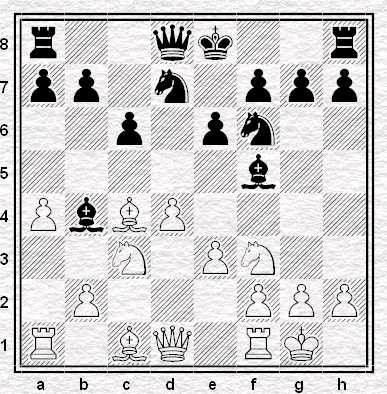 at which point Anand played 9. Qe2. 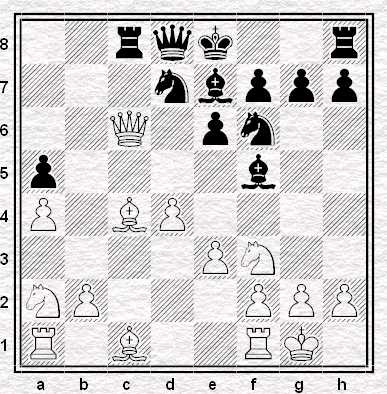 and here neither side can avoid a repetition. Years ago, when S&BCC were still playing at The Sultan, one of my own games (as Black) finished exactly this way.

Given the match situation it is interesting that Anand ignored this book draw. His strategy for the final games seems to be to keep the pressure on and try to notch up yet another point. This is the complete opposite of Leko's approach when one point up with few to play against Kramnik in 2004 but why not? Having already taken his man down, why not try to administer a further kicking?

No coasting to the title for Vishy it seems, not yet anyway, but what of Kramnik? Anybody want to punt an opinion as to what the thinking was behind this tacit early draw offer?
Posted by Jonathan B at 8:48 am

I suppose by a similar token one could ask "why didn't Anand play the Exchange?" - the answer being, one assumes, that Kramnik still has three Whites left, had lost two games in row and would welcome a break if he can get it, even though time is running out.

Chess Vibes have Kramnik saying in the press conference that he was in the mood to play for a win yesterday. Their notes to the game also say he offered a draw around move 20 or so. That fact, plus Anand's turning it down, also mirror the main theme of my post I think.

The a-pawn advanced on move five - no wonder Kramnik was under presure.

Today it's still at home after move twelve and showing no sign of getting into the game...