When, years ago, I used to write for football fanzines, I would occasionally observe that you always started out wanting to comment on the football and always ended up commenting on the commentary instead. I can see this syndrome looming up large and clear right now, since my capacity to commentate on the games themselves is rather handicapped by the fact that while I know a lot of theory and can look up a whole lot more, I am several hundred Elo points short of the standard required to speak authoritatively about anything else. Also, after the latest update, in which I lost thirteen points I doubt I'll ever see again, my Elo grade seems to be going the way of the FTSE-100, though possibly with an even steeper curve.

Anyway if you want middlegame commentary there are probably better places to go than anything I'm likely to write. One of them is probably the Internet Chess Club, where, I am told, easily the best live commentary is to be found. I've always avoided registering on the ICC, partly on the grounds that it will cost me money that I prefer to spend on chocolate and bus fares, partly because if I possessed such a subscription I would quite certainly use it.

Having wasted too much time during my Masters playing chess against weak players on the internet, God alone how much time I would waste playing against good players on the ICC. (As it is, I prefer to waste my time and yours writing on here. Har har.) Nevertheless, in the hope of getting something for nothing I registered for their seven-day free trial on Tuesday and downloaded their software, receiving an email which promised:

Follow the instructions to download and install. Once installed, you will have a new icon on your desktop screen. This is what you will use to logon to the Internet Chess Club server. Double-click on the new icon. Then you will enter your username and password, and then click on the "connect" button and you'll connect to our playing site.

No such thing occurred and even if it had, unless it gave me free access to their commentary team (which I was fairly sure it wouldn't) then it was best avoided anyway. I am now in receipt of a plaintive email from the ICC wondering why I'm not using the software.

For a live broadcast go to the official site.

This is a curious thing for them to say, not least because there is no "live commentary" on the official site. Odder still, that site is on a half-hour delay.

Why? Why would the official site subject itself to a longer delay than the one required of other licensed sites? As I move reluctantly towards my middle forties I find there are many aspects of the contemporary world which baffle me, for which state my confusion at the chessboard will serve both as example and metaphor. Yesterday I struggled to sign up for Chesscube which refused to acknowledge the existence of the @ character whenever I typed it in (it insisted on rendering it as 2 or ignoring it altogether) which is a substantial disadvantage when trying to register an email address. So it was back to Chessdom, which is by its account fifteen minutes behind live, and by other accounts a little behind Chesscube. This is a bit problematic when you're trying to discuss the games with your friends by email and they are watching a different site, since you're predicting moves that they can already see have not been played. So you sit there clicking Refresh, never knowing whether or not that's actually required and cursing the official site for its apparently pointless tardiness. 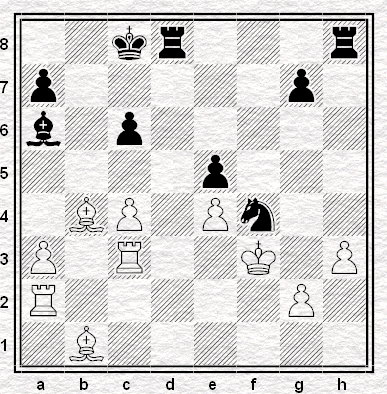 So yesterday I stayed with Chessdom until Kramnik played 30...Nf4. At which point we parted company - not because I was confident of the draw agreement that was, as it turned out, imminent, but because the site went down.

And this is what I know, in advance, is going to happen on October 31, because it's happened, I think, practically every time I've followed a chess event in the nine or ten years I've been watching them on the internet. I would watch the final game from the start, right from move one, just to make sure I was safely logged in, and it wouldn't make any difference. As the climax and the time control drew near, every bastard in the world would pile in, the server would crash and I would find out the result about forty-five minutes after it was all over.

A decade has passed, server capacity has increased, internet performance improved - and yet, I know this is going to happen again, come half-past six, quarter to seven, my time, on Friday fortnight. If it happens after thirty moves of game two, it's going to happen in game twelve. I know this already. A journey of a thousand miles ends a single step from the finish.
Posted by ejh at 11:50 am

So you sit there clicking Refresh, never knowing whether or not that's actually required...

I really hate that too. What I dislike about it most is that it would take just a little patience sitting there doing nothing to see whether the site refreshed by itself or not and then I'd know forever one way or the other.

But I can't ever bring myself to do that.

I used FICS and Chessdom and Convekta nd found all kept their connections during both games !

I've no idea how you have live commnetary as the official site didn't, and Chesscube was useless.

Although FICS is enlivened by all sorts of fun commnets from observers, Chessdom was much more accurate, with the added bonus of distracting/tempting me with adverts for Russian and Ukrainian women, somehow just that much more interesting than whether Anand would play 1, d4.

Frankly, if he played 1.f4 or 1.b4 it would cause much more excitement !