No, not an invitation to Joe Kinnear's latest press conference but a hope you'll be joining the rest of the chess world for the start of the World Championship match next Tuesday.

We'll be coming back to this on the day but in the meantime you can always whet your appetite with a selection of Anand-Kramnik games from the official match website. 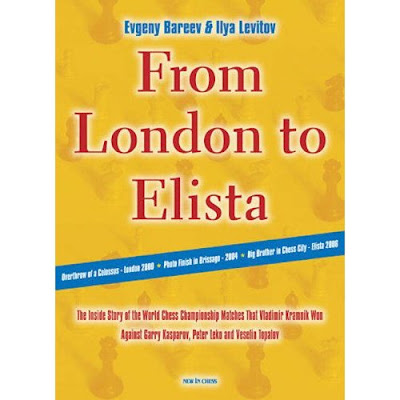 It's very much a partial account, written as it is by Ilya Levitov and Kramnink's long time second Evgeny Bareev, but don't let that put you off. It's a truly fascinating read and deservedly won the ECF's Book of the year award.

Still don't believe me? There's a review on Chess Vibes here.
Posted by Jonathan B at 10:32 am

That should have been ... 'long time former second'. Bareev, was not part of Kramnik's team for the Topalov match.

The games start at 2pm UK time - bad luck if, like me, you rarely get home before 6.

Does anyone know of any websites that will show the game that stand a chance of not being blocked by an overly paranoid IT department?