Fair Exchange is no robbery? 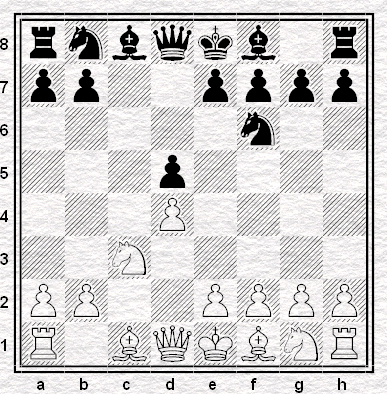 It's often said that world championship matches have a big influence on the opening choices of all other chessplayers. I'm not wholly convinced by this claim, especially at club level: although the Berlin became a popular choice for masters after Kramnik beat Kasparov, I've never seen too much of it among my fellow-proles. As for the 4.e3 system against the Slav, tried by both Kramnik and Topalov against one another - that doesn't seem to have caught on at any level. Except with Mark Hebden. And he played it already.

In the latter instance my explanation is that people who want a dull game against the Slav were already spoken for. They had a simpler, swifter and duller way of getting to the place they wanted to be, which was the Exchange Slav. Which train of thought leads me to believe that Kramnik's choice in the opening game may be rather more influential this time round.

Now I'm not normally somebody who demands every game to be a sacrificial thriller ending in mate with both kings at the wrong end of the board. Far from it, whether it's the world championship or my own games: indeed, on starting an email game recently and receiving the message, along with my opponent's first move, "let's play an exciting game!" I had to forcibly restrain myself from replying "no, let's not!". (Instead I played the Breyer Ruy Lopez - which, you may feel, comes to roughly the same thing.)

I'm also not somebody who complains when super-GMs play what are supposed to be drawish openings with the Black pieces. I am, for instance, rather more bored with seeing the Petroff invoked as the epitome of tedium than are the people who invoke it: if White wants to play, then the Petroff is no more dull than any other opening. (At some point I may feel obliged to write a shut up about the Petroff series for this blog.) It's certainly no more dull than the Slav. The difference with the Exchange Slav, though, is that this is White playing for a draw. Or "playing for a tiny advantage". Yeah, maybe. Perhaps. Except you rarely see the Exchange rolled out against a lower-graded player.

Bronstein played a sort-of-Exchange against Botvinnik in the nineteenth game of their 1951 match, albeit only after 1.d4 d5 2.c4 c6 3.Nc3 Nf6 4.Nf3 g6?! when 5.cxd5 is strong because Black's putting his f8 bishop in an unsuitable position given the pawn structure (it's hard to challenge the d4-e3 pawns that block the fianchettoed bishop without having ....c5 available).

So what was Kramnik thinking of? I don't really know (though I have a suggestion, if you read on) and of course if he'd been solely thinking of a draw he might have employed the 8.Bd3 line instead. And it would be unwise for me to suggest that the 8.Qb3 line was entirely toothless. Albeit mostly because I have an email game underway in this line too and I'd rather avoid providing a hostage to fortune. 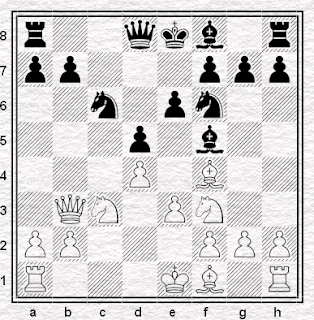 Still, the Exchange Slav - is that the best Kramnik can do? Is it going to be his choice throughout? If it is then I may withdraw my previous declaration that twelve games is too few for a world championship match. And I'll also have to write some more about this variation, about which I know a little more than I would wish.

However, my best guess would be that Kramnik wanted to check that Anand was going to play the Slav, which probably means the Semi-Slav. He was prepared to sacrifice one game just to see - and now he's seen, perhaps the next game will take us into the ubiquitous Anti-Moscow Gambit, 1.d4 d5 2.c4 c6 3.Nc3 Nf6 4.Nf3 e6 5.Bg5 h6 6.Bh4 dxc4, which has been so common at the highest levels in recent years you almost wonder why they don't start the game in that position. 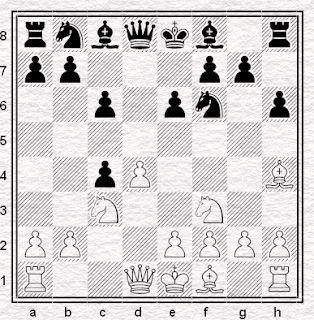 So plenty of time yet, though, albeit not as much time as there would be in a proper match. It may yet pick up. And if the queens went off as early as move 16 - well, in Kramnik's first world championship match they disappeared in half that time. Then there was another match I remember where they came off on move 11 (and 12) of the first game. And that turned out all right.
Posted by ejh at 9:55 am

ICC have Joel Benjamin analysing the game (free Game of the Day) but no sign of chesscube's free video as yet as far as I can see.