I picked up a copy of Korchnoi's My Best Games a few days ago. Given that I'd just been watching him play at Simpsons-in-the-Strand and Chess and Bridge had the book on sale at 50% off it seemed like a pretty good way to celebrate finally getting my dissertation finished. It was due to that very piece of work, incidentally, that I was in the LSE library for most of the last round of the Staunton Memorial but the next day Andrew Stone sent me an email with an eyewitness account of how Korchnoi won his final game.

Awesome stuff by Viktor. Last to finish also. Was given a big round of applause by everyone to which he seemed very pleased and slightly embarrassed .... 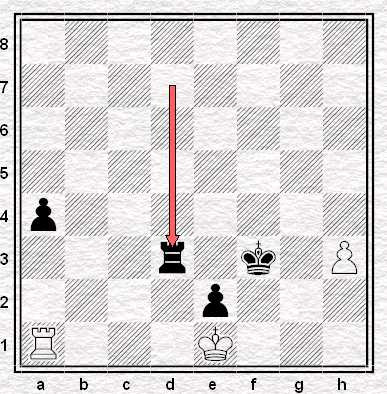 This was a very fitting way to bring the event to a close since Korchnoi had been the last one to finish in the first couple of rounds too. Ironic, perhaps, that the time I most enjoyed watching him play chess was the day of his shortest game.

Streatham & Brixton Chess Club were well represented for the 5th round. As blog Art Correspondent Martin Smith sat in the tournament hall, Morgan, Angus, Bob Cutting and myself - joined by Carsten not long before the end - took over a table in the bar area and spent the afternoon analysing Korchnoi's game against Terrence Chapman.

For the only time in the whole tournament I found myself rather conflicted. On the one hand I was just as keen for Korchnoi to win as usual but on the other Chapman had opened with the Reti - the opening phase being somewhat similar to Ivanchuk-Alekseev from yesterday's post - and I very much wanted the honour of one of my favourite systems to be upheld.

Perhaps it was the illustrious surroundings but our little group was on good form that day. We managed to predict nearly all of Korchnoi's moves, our accuracy surprising me at first but I soon got used to it. As Morgan said, Old Vik's games give off the illusion that you can understand what's going on so it seemed quite natural that we were able to tell what he was going to play next.

Once the game itself was over we were lucky enough to get a good view of the post-mortem and happily the fantasy was quickly shattered. We might have got the moves but of course our justifications were hopelessly inadequate.

Korchnoi's enthusiasm to explore the game he'd just won was simply extraordinary and watching him analyse was a real treat - one of my personal highlights of the whole tournament in fact. I particularly enjoyed the moment when they looked at the position where White was to play his 22nd move. 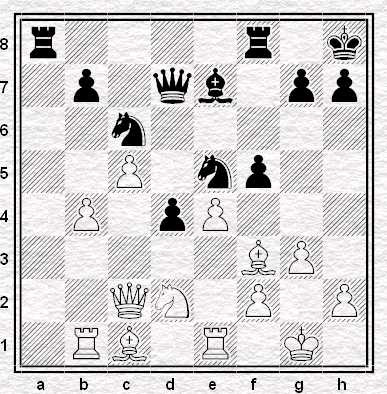 Korchnoi picked up Chapman's queen and slapped it down on b3.

"Why didn't you play here?"

Chapman said he'd wanted to return his bishop to g2 to get it out of range of Black's knight to which Korchnoi responded that if he'd have wanted to take the bish he could have done so last move (which was ... Kg8-h8) and then with a chuckle in his voice he flashed out a variation that showed 22. Qb3 would have been dangerous for White in any event. If only I could remember it! 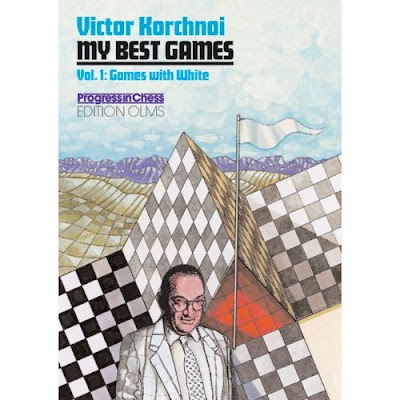 Malc wants to flog you this for a tenner

Korchnoi's final score of 6/9 (3.5/4 with Black) including just two draws was impressive but more remarkable still is the fact that his encounter with Chapman was his only game that ended in less than fifty moves. I was about to say that I hope to have his energy when I'm 78 but frankly I wish I had it now.

With the tournament and my studies now both long gone, last night I finally got around to opening up the book of Korchnoi's games. I discovered that Genna Sosonko's Preface concludes,

Korchnoi has often repeated that he left the Soviet Union in order to play chess. In this he sees his predestination, his fate. And however the rules of staging competitions change, and whichever new stars rise in the chess firmament, Victor Korchnoi will fight on for ever, and ever, and ever

I was puzzled why Kortchnoic didn't take on f3 too, and thought Chapman right to retreat the bishop! It was about my only moment of confusion playing through the game.

[A very slightly ammended comment from an anonymous contributor follows ....]


Yes, I remember the Chapman - Korchnoi game, it must have looked odd to the Simpsons' staff to see you dashing 10m from the bar to the playing room and back to see if any new moves had been played between Chapman - Korchnoi......and then doing that every 2 mins. Btw, it was nice seeing you taking over the laptop showing the live games in the bar, I'd preferred to see each game shown every 5 mins rather than stuck on Korchnoi's games.

, wondering where he went wrong. His mood can't have helped when there were a couple of people taking photos of him and asking for autographs. Talk about bad timing! Andrew Stone was not in the room when there was applause but outside it with Paul McKeown looking like starstruck schoolboys when Korchnoi and his wife walked past them and going downstairs.

Your memory fails you my anonymous friend. The laptop wasn't showing Chapman - Korchnoi too often, hence me having to run to the tournament hall every few minutes!

Actually I don't remember the laptop being "stuck on Korchnoi's games" as you put it any of the times I visitd - but I did commandeer the computer every now and again to catch up on Chapman - Korchnoi every now and again, that's true.

I'd agree with you that it would have been preferable to have the games looping around and around - but I suppose that would have needed a permanent operator and clearly the Staunton folk didn't have the staff available.

I was in the room when the applause happened. It was at the end of the game (after a slight delay). Seems an odd thing to argue about anyway- whether I was there or not is hardly going to affect anyone's live in a great way.
Andrew

Just a gentle note for potential commentors: although we are often prepared to publish personal comments and criticisms, we tend to be more reluctant to do so if they come from commentors who remain anonymous. We appreciate people do not always want to be identified, but where that's the case, the leeway allowed is necessarily reduced.

Thanks for reading. Do carry on.

So it's ok for the S & B blog writers to dish it out, criticizing all over the place e.g. Ray Keene, but when there's the smallest observation about one of the blog writers which is meant to be tongue in cheek and certainly a humorous observation, they can't take it!

Or rather, to be more accurate, one of them is overly sensitive to the smallest thing said about him while at the same time he's happy to criticize Ray Keene non-stop.

For the record:-
I moderated the comment in question.

EJH, as it happens, disagreed with the moderation but since I was doing it that day, it got snipped.

since the originally comment was wrong about the Korchnoi game being on display in the bar the whole time and wrong about Andrew Stone (not) being in the tournament hall when he said he was I reckon it was lucky to get through at all.

the other reason for snipping was that 'blog stalkee' is a title awarded by me and not claimed by any Tom Dick or Harriet.

We have a stalkee we're very happy with thankyou very much. No vacancy at present.

We are perfectly happy to publish criticism and even personal comments, but the leeway given to commentors is a great deal less where they wish to remain anonymous than where they do.

You can like that or not like it, but it's the informed judgement of this particular moderator, after many years on internet discussion boards, that anonymous commentary leads very quickly to discussion that's not only low-grade, but is often abusive and occasionally libellous. None of these things are desirable and if anybody wants to engage in them, they are welcome to do so elsewhere, but not here.

Hence, you can give a name, or get personal, but not - on the whole - both. It's really not hard. But you do have to choose.

As for censorship - strewth. Number of times I've heard people screaming "censorship" on the internet because some moderator's not let them say what they wanted, anonymously, on somebody else's blog, where somebody else would have to take responsibility for their comments. Do me a favour, why don't you. Censorship is when you're illegimately prevented from saying something legitimate - and prevented from saying it anywhere. Not when you're unable to say something, anonymously, in one place that you are perfectly able to say elsewhere.

People who can't tell the difference need some very urgent lessons in law and civics, or a short lecture on "why people can't just do what they want". Which I have, indeed, just delivered, above.