What happened next XI

On Monday we left you with this well-known position, asking what happened next in Ciocaltea v Fischer, 1965. 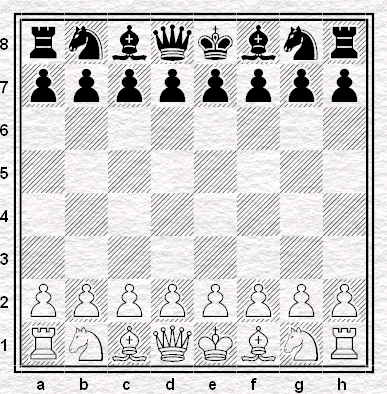 Can't I just google the moves to find out? you may have asked yourself. To which no is the answer.
Here's why. This game was played in the Havana 1965 tournament, to which the US authorities refused Fischer permission to travel. Thus Fischer instead played the tournament via telex from New York, and the start of this particular game suffered a transmission error. The move 1.d4 was communicated to Fischer, who replied 1...Nf6, only to be met with the reply 2.e5. Ciocaltea had in fact opened with 1.e4, but this has been incorrectly transmitted to Fischer. Hence Fischer's first recorded Alekhine as black, although six more would in fact follow including two in his World Championship match against Spassky.
It was, of course, somewhat noble of Bobby not to protest or attempt to change his move. Presumably he'd also have been calmly accepting had the game instead begun 1.e4 c5 2.d5, but maybe he'd have drawn the line at 1.Nc3 e5 2.Nxe5. Who knows.

As for the game itself, an entertaining draw was the result:


[Previously on What happened next?]
Posted by Tom Chivers at 10:01 am