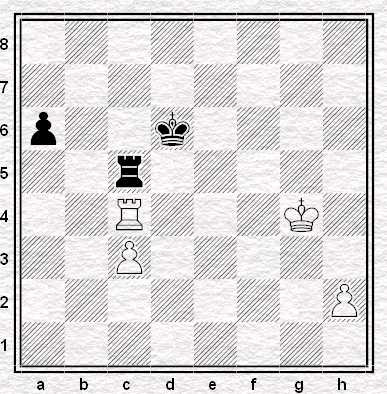 It's Sunday evening at Simpson's-in-the-Strand. Lawrence Trent is playing Black against Victor Korchnoi and a long game is nearing its end.

Watching the game live, I began to think about where White might play his rook. What followed surprised then amazed me. I'd overlooked something but when it appeared on the board I thought White must be winning easily. Suddenly I realised Black had a hidden resource but, just when I was starting to think it was a draw after all, I saw that Korchnoi had it worked out all along. 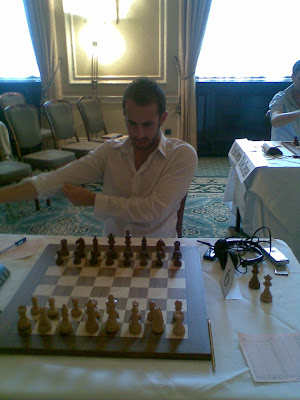 Lawrence Trent gets ready for a legend.
You'll notice a mobile phone on the table beside him
... fortunately it didn't go off 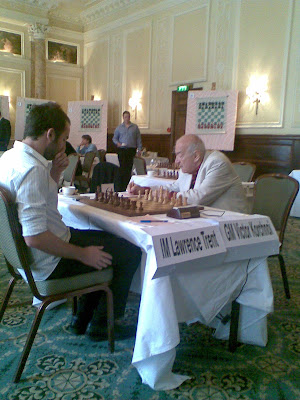 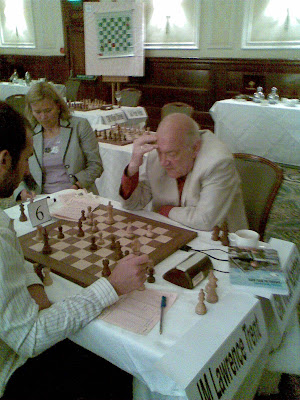 Korchnoi and Trent analyse, my copy of Chess is my Life sitting at the side of the table waiting to be signed. Knowing that I was waiting for an autograph, Mrs Korchnoi had taken the book to her husband for him to do the honours. Aside from wanting to be helpful I think she was hoping it might bring the post-mortem to an end. No such luck! 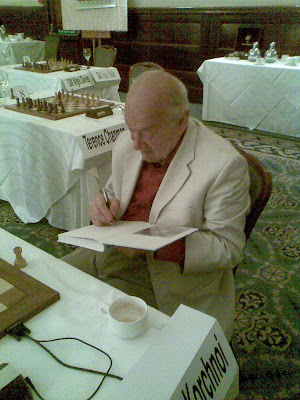 Eventually the post-mortem is over and he signs.
I didn't mind waiting at all but the delightfully stoic Madame K had already been hanging around for hours. There are only so many word search puzzles a woman can do in a day. 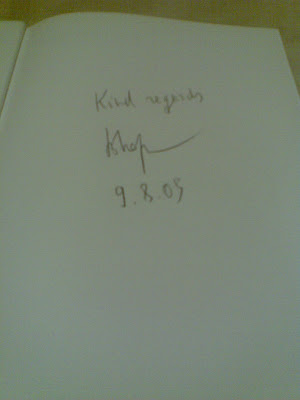 Good stuff but I don't think Lawrence will be at all pleased with himself.

You should pay more attention to your own posts!

Good stuff but I don't think Lawrence will be at all pleased with himself.

He wasn't. In the post-mortem he said that he just hadn't considered the option of bringing the king over.

Perhaps David, although I think the pawn on c3 changes the position quite a bit. I really like the fact that if Black takes it he can still quite but then gets skewered

Just read today... I am extremely jealous, what an experience. Definitely a story for your grandkids/godchildren.