It was a great tournament but in truth it came a week too soon for me. Following directly on from the British Championship, what with chess, academic work and blogging, I just got a bit overloaded.

I wonder if it's a feeling shared by some of the players. Of the five guys who came to Simpson's-in-the-Strand via Torquay only David Howell clocked up a performance result that exceeded his current rating. True Gawain Jones was only a couple of points below his 2554 (a great comeback for The Corporal who started the tournament with +0 =1 -4 after finishing the British with +0 =2 -2) but Williams and Wells underperformed to the tune of 70-odd points each and Trent had a real 'mare losing five games all told, including one against tournament sponsor Terrence Chapman, and winning none.

Trent and Wells kicked off the festivities with an eleven move draw. The former was spotted asleep in the bar a few minutes before the round started so the speedy conclusion to the game was not entirely unexpected. As things turned out, it was not to be either player's shortest game of the event.

Wells went on to draw in 18 moves against IM Hendriks in round 3, 16 against Jan Timman in round 6 and 10 against Chernaiev in round 8. Not a stellar performance from the GM who finished on -1 and whose only victory, other than against Chapman, came when Nigel Davies left a piece en prise. 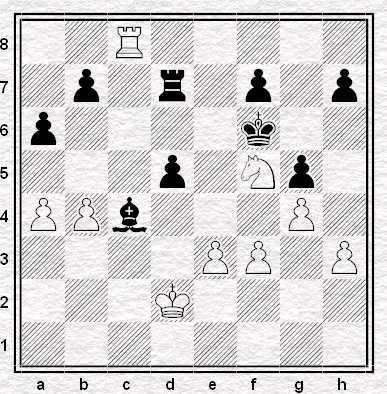 Twenty chess games in twenty-two days is a pretty tough schedule though. It's perhaps not surprising that it led to this last round epic between Trent and our blog stalkee. 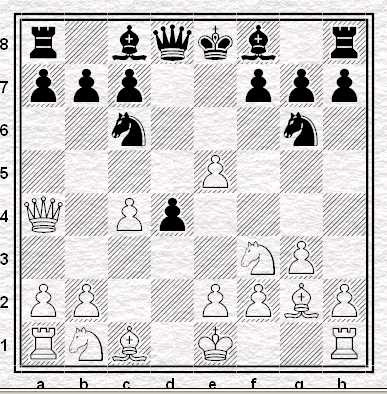 Marvelous stuff. It reminded me of this passage from Korchnoi's biography:-

"... it would appear that the English have never in fact learned to arrange draws beforehand. In a way that you can't find fault, because it's done so well.

As a textbook example for the English and for others who are equally uneducated in this respect, I will give without commentary one partly forgotten game."

Ironically, now the tournament's over I have the time for as much chess as anybody wants to throw at me. My free time has come too late to pay any more visits to The Strand but over the next week or two I'll at least try to catch up and write about my memories of the 7th Staunton Memorial. It was, after all, a great tournament.

And, quite possibly, it is games like the Williams - Trent 7 (almost!) move draw which (a) makes psome people loathe to part with £5 to watch the games live online and (b)might make some potential sponsors of chess events a bit cautious about sponsoring.

No offence intended at the two players, 22 days of constant chess would probably have had me doing the same thing - in fact I did so in many a last round in my junior days.

I think you make reasonable comments Richie ... but do we really want more games like Taimanov - Korchnoi which have the outward appearance of a full blooded tussle but are in reality fake encounters?

I'm not wild keen about these micro-draws but if they're ever reasonable then a meaningless last round encounter after three weeks of constant chess is probably one such time.

BTW: I also liked Trent's sense of humour in playing the Albin.

I've heard that the conditions on offer to some of the English players weren't exactly generous, which probably somewhat diluted their usual sense of obligation to entertain the watching public.

The Baudrillard inside me would say that given that we are aware of the fact that a number of outwardly hard-fought draws over the years were pre-arranged - simulacra, one might say - *all* draws are therefore fixed. The sham has become the event. Cf pro American wrestling, where we know all too well that people do genuinely get injured, brutally, all the time. So then it's all real!

Very possibly true my anonymous friend - although I've no personaly knowledge of it.

Conditions and prize structures are certainly one way to encourage GMs to slug it out to the last.

The Staunton tournaments seemed to keep the S&BC busy these last couple of weeks. Some nice articles.
Good to see Nigel doing so well again.
And thanks to the organizers of the tournaments for keeping interest in chess alive in this country.

I missed the tournament entirely thanks to a holiday in California and lack of net coverage. Judging from this article though ---- I guess I didn't miss much!