It's been seven months to the day since the last TIFE. Sorry it's been so long but I've been a bit short of material of late. Last season not a single person played The Exchange against me. Not one! It's enough to make a man give up playing the French so it is.

Fortunately we got an IFE at the Staunton Memorial a few days ago. It was Alexander Cherniaev and S&BC Blog stalkee Simon Williams who did the honours ... 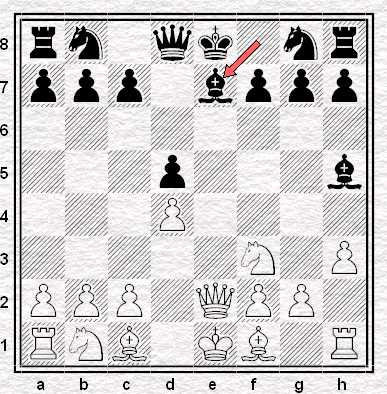 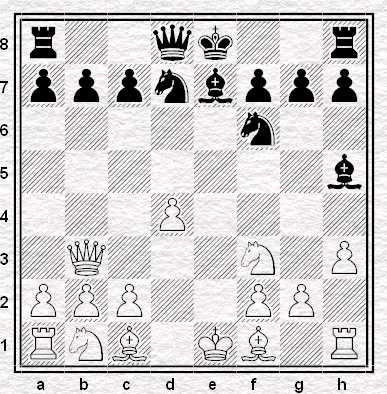 Black's got a lot of pieces out and his lead in development obviously gives him some compensation for the pawn. Does he have enough though? Frankly I've no clue but it did remind me of a pawn sacrifice that could have happened in Winter-Alekhine Nottingham 1936 if after 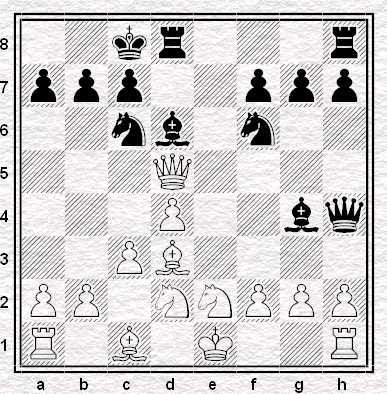 Alekhine:
"A correct offer of a pawn ... Black [has] an overwhelming advantage in development."

I think this line is probably better for Black than the Cherniaev - Williams game but still, I can see why the Psycho-Cowboy chose to ride that particular horse. Chucking in another exchange on the thirteenth move though? That I'm less clear about.

Not a lucky game for Williams that one, but do I detect the influence of The Corporal in the timing of the resignation?

Ah well. Hopefully he'll make up for it by playing the Classical Dutch against Korchnoi this afternoon. Fingers crossed.

PS:
I know a lot of the games in TIFEs I to IX don't play properly. As soon as the Staunton and academic stuff is over I'll get them fixed. Wouldn't want to lose them would we?

You have missed off the moves h3 and ..Bh5 - in the initial sequence, the diagram doesn't match!

Thanks for pointing that out. Now corrected.

I always thought the reason Kasparov started playing h3 rather than Qe2 straightaway is that it rendered the ...Be7 gambit much moe dubious.

I'd have liked to have seen ...Qe7. Tom showed it to me in the pub once and by no means did it involve an early draw as in the equivalent variation of the Petroff.

No Classical Dutch today after all :-(

King's Indian it was - apparently SW beat Korchnoi with it in Switzerland recently so perhaps not an unreasonable choice.

Don't know how the game went though - I had to leave just as it was heating up.